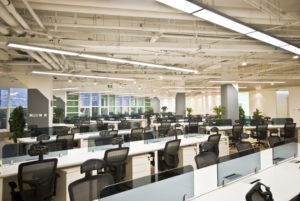 Open-plan offices are designed to improve communication and workflow.  If walls are barriers to success, let us tear them down.  Countless businesses love this office layout.  It is also modern and stylish.  Invariably though, open concept forces individuals to operate in an environment that makes weighty assumptions concerning how they perform best.  Anyone who performs better in the absence of distractions is especially vulnerable in an open-plan office.

In open-plan offices & similarly laid out work environments, there are no fully enclosed spaces or distinct rooms.  Instead, workstations are positioned together or sometimes separated by short panels or screens within one exposed floor plan.  The openness may enhance collaboration and communication among your workers, but it can also reduce productivity and concentration.

The open-plan office’s concept was first started in Germany in the 1950s to facilitate idea flow and communication.  It has taken nearly sixty years for the trend to be adopted by the majority of the worldwide business community and offices around the world.  The reasons for going open plan in the office environment makes for great agency rhetoric: ideation, communication, collaborative resonance and speed.  Most of the agency leaders have confirmed that there is an improvement in performance due to open offices.  Other changes, such as grouping employees by project teams instead of departments, assist productivity a great deal.  One key, semi-vain demerit of open office? Being promoted may no longer embrace social cues such as moving up to the corner office. 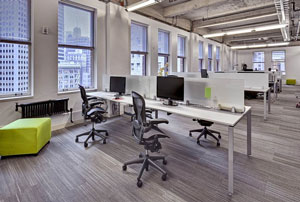 In an open-plan office, it is not a matter of where you sit but, it is about what you contribute and what you do. That is the major reason startups in Silicon Valley embraced open office long before large corporations around the rest of the world.

However, some research on open-plan offices conveys a different idea.  A study from the Finnish Institute of Occupational Health indicates that the demerits of an acoustic environment amplified substantially when employees shift from private offices to open offices.  These effects include reduced privacy, increase use of coping strategies, increased distraction and increased concentration difficulties.

In addition, a study from the University of Tennessee Knoxville indicates that a reduction in privacy reflects a reduction in the confidentiality of communication.  This proves that it is harder to have essential conversations.  This is the reason headphones are prominent in the new work environment.  In the past, listening to music at the workplace was viewed as unprofessional, but nowadays it is crucial to get the task done.  The heart of the problem is that the open-office concept undertakes employees are wired to succeed in analogous ways, which is not necessarily true.  Some years ago, the Myres-Briggs Type Indicator test affirmed that we all socialize differently.  It is a dilemma than to comprehend why agencies are conforming to a system that works for only a few personality types.

As office spaces continue to move towards open-plan layouts, there will arise new concerns about employees who do not perform best in this type of the environment.  The new design should mitigate these concerns instead of exacerbating them.  The employees should also be made aware of the benefit of open plan office layout in order for them to embrace the idea.  In an open-plan office, the space layout has cons and pros for a firm and its personnel. 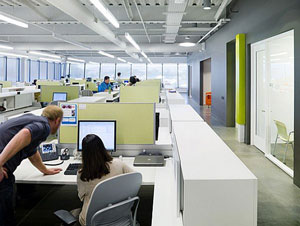 The majority of the factors that are disadvantages for employees also are unfavourable to the entire business. For example: 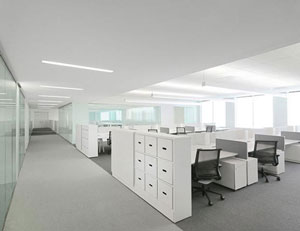 Cubicle-dwellers will not be caught unaware by new research from the University of Sydney, Australia: About 50% of workers who operate in an open plan office and 60% of those employees who operate in cubicles say they find lack of privacy to be a source of frustrations. About 20% of those operating in cubicles offices complained that they were forced to eavesdrop on neighbour’s conversation or were unable to hold private conversations.

However, cubicle office workers are the least happy employees in an organization. In addition to the sound privacy complaint, about 30% of individuals who do work in an open-plan offices feel frustrated by a lack of visual privacy. This is because they have to look at their colleagues and determine whether they like it or not.  Cubicle office employees are more frustrated by sound privacy than those who have partitions. This is because those who have no partitions can see where noise is coming from, giving them a sense of control, even if they have none.

How do you feel about open-plan offices?

What Makes a Property