Malta Officially Declared One of the Best Destinations for Expats

Boasting some 300 days of sunshine, together with a good quality of life and some of the most breathtaking blue waters in Europe, Malta has once again made it to the top ten of yet another list, revealing it to be one of the top destinations for expats looking to relocate overseas.

According to the latest survey by the Expat Insider, Malta is one of the best nations for expats thanks to its “Pura Vida” (pure life) offering which earned it a seventh place in the list, surpassing Colombia, Singapore and Spain. Bahrain came in at a first place, followed closely by Costa Rica and Mexico at second and third place. Other countries which made it to the top 10 are Taiwan, Portugal and New Zealand.

At the other end of the spectrum, Kuwait, Greece and Nigeria did not fare well with foreign residents, after being voted as the worst areas to relocate to and occupying the bottom-most spots in the survey. This was as a result of being deemed lacking in career and financial security as well as personal dissatisfaction.

Conducted on a yearly basis by InterNations, the world’s largest expat network, the comprehensive study examined results from almost 13,000 respondents, who are currently living and working abroad. InterNations comprises some 2.8 million members from almost 400 cities worldwide.

The survey provides a comprehensive analysis of life overseas, and ranks a total of 65 countries according to several factors or indexes, including quality of life, working abroad and ease of settling in, as well as a number of sub-categories too.

Why Malta Made It to the Top 10 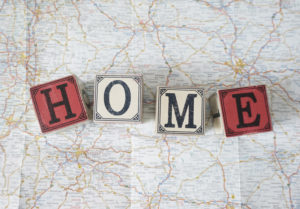 Malta received its highest ranking (5th) in working abroad as well as job security. This is no surprise considering the attractive tax incentives that have succeeded at enticing foreigners looking to set up their businesses on the island. The iGaming industry, in particular, has seen a steady boom over the past few years, with many foreign operators relocating their offices to the Maltese shores and in turn, creating a niche of new job opportunities. The Maltese economy is also stronger than ever, reporting its first-ever surplus in 2017. Scoring 10th place on the work-life balance index, the Maltese lifestyle is quite easy-going and allows for a healthy working environment that encourages taking a beat to recharge and relieve stress.

Its second-best rating was 6th for those who felt the island’s culture was accommodating. As a traditionally religious nation, Malta has made some big strides in evolving a more open and welcoming society over the past decade and was recently ranked as the top LGBTQI friendly EU nation. Civil unions were approved back in 2014 while the official gay marriage law was passed just earlier this year along with more rights for trans and intersex people, too.

In other aspects, Malta ranked 7th for personal happiness, 8th for leisure,11th for ease of settling in,19th for quality of life. It also ranked 21st for both health and well-being as well as safety and security and 22nd for the cost of living. Its lowest ranking was 45th, quite unsurprisingly for travel and transportation. This is no doubt due to the current escalating traffic situation which leaves most roads blocked as well as the mediocre public transport system which still leaves a lot to be desired.

An Attractive Option for Expats

Malta has been experiencing a barrage of international publicity recently, praising its rustic beauty and laid-back lifestyle, even featuring on Vogue just last month. Thanks to this boost in its image, the island has experienced a construction boom in recent years which has given way to a strong property market, providing expats with an exhaustive list of suitable properties both to rent and buy. For more detailed information on the property market in Malta, check out our extensive guide.

Looking to rent Sliema Office Space? Request a callback and we’ll get in touch right away >>

What Makes a Property

Residential Property to complement offices for rent.If you’re looking to for an office for rent...
Continue reading
by EtienneLicari

Searching for an Office Hotel in Malta

The administrator of an office hotel typically owns or rents entire office buildings and rents out...
Continue reading
by EtienneLicari